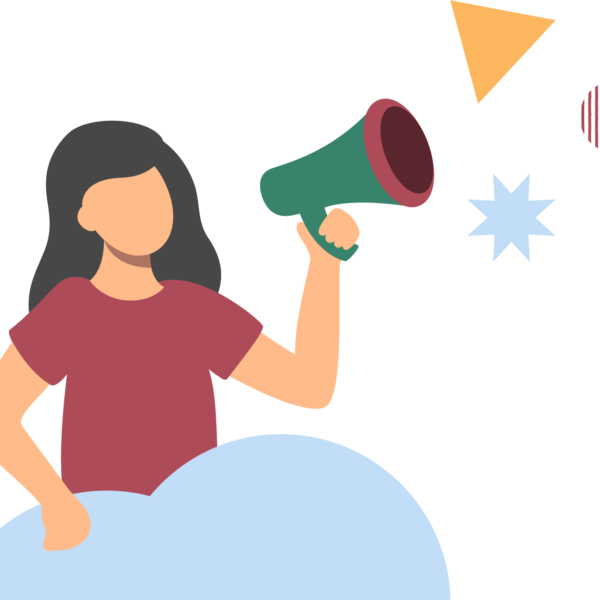 If you’ve kept up on the news these past several weeks, you know about a regional trend: young victims and their classmates are speaking out about sexual assault and other violence in their schools.

These young people have led protests, walkouts and vigils in solidarity with victims because they don’t feel safe in their schools.

It gives us hope to see the energy of young people and hear their voices calling for change, and their support for one another. But this shouldn’t rest on their shoulders. Student protests should be heard as a loud call to action for every adult reading this post.

We know young people are most vulnerable to sexual assault and abuse between ages 12-17. According to RAINN, young women ages 16-19 are 4 times more likely than the general population to be victims of rape, attempted rape, or sexual assault. Those stats are alarming but the risk of sexual assault is even greater for young people who are Black, Indigenous or LGBTQ.

That’s true locally as well. Victims aged 12-17 form a significant portion of KCSARC’s caseload; almost half of the survivors we assist are under 18. And the percentage of KCSARC clients who are Black or mixed race, or who are Latinx are far greater than their proportion of King County’s population overall.

We also know the vast majority of young people are assaulted by a peer or an adult they know. Almost 90% of those who seek help at KCSARC know the person who harmed them.

When their perpetrator attends the same school, victims can experience considerable distress seeing the person who assaulted them every day in the hallways, or even in their classroom. Educational disruption is one real and serious outcome for young victims when they feel no one takes their account seriously. Feeling unsafe and unsupported, some are left with no choice but to leave their own school.

Any report of sexual assault must be taken seriously, and meaningful steps must be put in place to mitigate trauma, and restore safety and dignity.

Victims of sexual assault frequently blame themselves and are blamed by others. When harm goes unacknowledged and unaddressed, it can exacerbate the trauma victims experience, and lead to serious consequences for survivors, including self-harm and even suicidal ideation.

Studies show a supportive first response is critical to mitigating both immediate and long-term effects for that young victim.

While it’s common for young people to first disclose to a friend, it’s on the adults in their lives to be attuned to signs of abuse — and be ready with appropriate and supportive responses.

We can’t end all harm. But we can respond in a way that mitigates the risk of lasting harmful effects of violence. We now know the impact of adverse childhood experiences (ACE’s) — traumatic events occurring in childhood — which have been shown to affect health and well-being across a lifetime. Young people who have experienced one or more ACE’s are at higher risk of being victimized again. Young women, BIPOC and LGBTQ youth are the most likely to experience four or more ACE’s, including sexual assault. But we also know that when the adults in a young survivor’s life respond in a supportive way, we actually help reduce the likelihood that young person will be victimized again.

Young people are asking for two things: better response to and support for victims of sexual assault, and effective prevention education in their schools that stop interpersonal violence before it has a chance to happen.

We need to do both if we’re to truly change the narrative and culture around rape and stop the cycle of perpetration. All young people deserve the opportunity to feel safe in their own community, now and as they grow into parents, educators and community leaders themselves down the road.

KUOW:
Ballard High students protest what they call a culture of sexual misconduct and harassment